My first memory of my dad, is my first memory.
The room was pitch black and it was the middle of the night. I woke up in my cot - scared, the big white bars and the alarm clock on mum and dad’s bedside table with glowing red digits.
I was crying out and he came and picked me up, putting me in bed with him and mum.
For years later it became something of a habit of mine to cry out in the night after a bad dream or just having a feeling of fear in the night.
I would scream from my bedroom “Daaaad!” and without fail he would always come to get me and put me in bed between him and mum.
Sometimes I felt too afraid to walk out of my room by myself to theirs, and others I would just call and novelly wait for him to come.

The Claddagh Ring Search
A lot longer than the Lord of the Rings and significantly less entertaining; though mystical in the sense that it was never found. After first seeing Claddah rings in the Argos catalogue and Dad remarking how Granny in Scotland had one, I finally had my own. 9 carat gold and delicate. I knew if you wore the ring with the bottom of the heart facing inwards towards your arm it meant you were in love and reverse that you weren’t. This made me feel very grown up and I would change the ring accordingly. One day playing in the garden shed with my younger sister Georgie, my ring went missing. We looked all over the shed for it until we had to call for Mum and Dad´s help. We searched more until Dad asked Harry the 70 something year old man who lived next door for his metal detector and he passed it over the fence. We searched, fruitlessly. Until this day the ring remains undetected and since the garden was concreted, chances of finding it are pathetically slim. 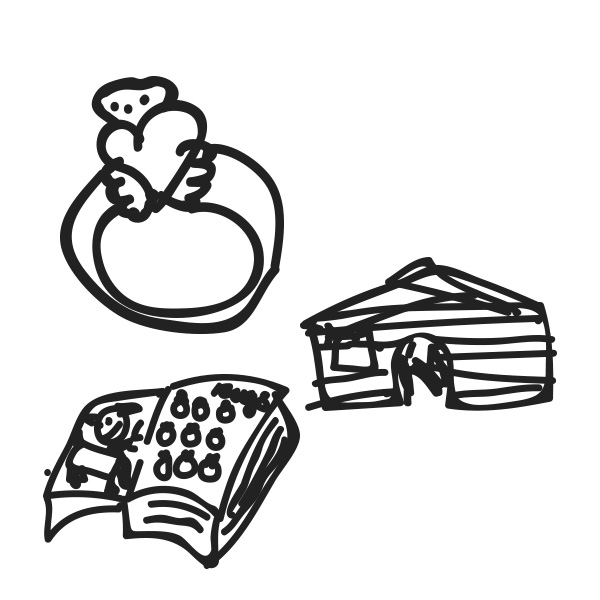 Incident Perfume
It was a sunny day and I was making ´perfume´using flowers.. Being short on flowers in our concreted garden I mixed Mum´s perfumes; one Givenchy which was her trademark scent and Chanel number 19 she used on occasion. I had first got the idea at my cousins' house who had introduced me to rose water. I mixed the colognes with water and some of Dad’s aftershave in my plastic Snow White glass and left the concoction sitting on the sideboard in the kitchen. Dad stormed into the house hot and flustered and before I had chance to tell him anything he whipped up the glass! Taking a huge gulp! He erupted spraying the Mademoiselle JessieLinde Eau de Toilet all over the kitchen and spat profusely into the sink. 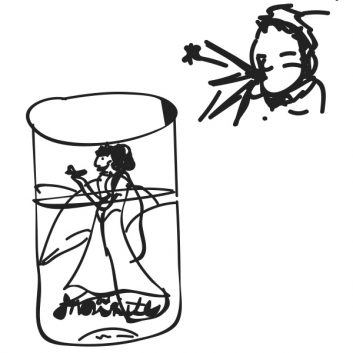 It was a casual Saturday when Mum was working and Dad had to take care of us. We´d been to the super market and were sat around our circular table eating tinned chicken soup. I began to see what I can best describe as what looked like the back of a CD shining and deflecting colours in light, a rainbow sequence of coloured lights dancing around in a circle. I had had this happen many times before and up until this point and on Mum's advice I would rub my eyes and it would go away. This time it didn´t. Instead it covered my eyes - Dad told me to stop messing around and eat my soup, he didn´t realise that I couldn’t and banged on the table in protest. I woke up on the sofa with my little sister Georgie concerned and hovering beside me, she held a cold flannel on my forehead. Dad was speaking on our old green rotary dial phone; he had called 999. The ambulance came and put me inside, Mum bolted through the ambulance doors as if she´d just run a marathon. She had been told on her way home from work by our neighbour “ambulance outside your house, think it´s for one of the girls.’’ I puked my guts up on route to the hospital, 11 times in total, I counted. I had to stay overnight, Mum had brought my blue satin night dress with 3 roses sewn on at the front, very sophisticated. I strolled around the ward on trips to the toilet, looking coyly at the nurses and other patients. It was only weeks later after novel brain scans, that upon receiving reassuring feedback from the tests, I realised how bad things could have been if the results had been otherwise. 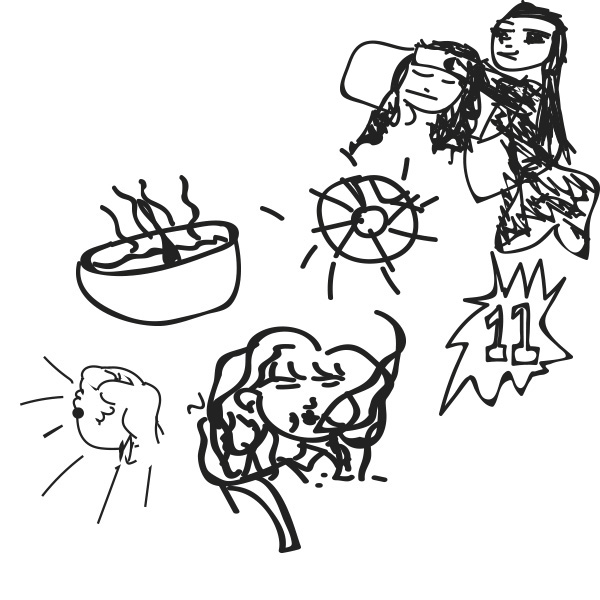